I arrived home after watching the sunset to hear about the argy-bargy between Pope Francis and Donald Trump.

The odd thing is I never thought that either of these men would take up any of my thinking time but they have and they are.

For my non-Irish readers, I should probably draw your attention to the fact that Donald Trump has a toe in Ireland as he bought an Irish golf course and hotel in Co. Clare before he declared his candidacy for the Presidential Election. He got a great welcome here by our Government with red carpets, dancing girls … and now this is part of the dirt that is being flung around in OUR General Election Campaign which is really heating up and due to take place on February 26th.

Pope Francis’ attack on Donald Trump hit me between the two eyes as he drew heavily on the importance of building bridges not walls. And, as you know, I’m all about building bridges! I think this is the first time I’ve cheered a Pope in about fifty years.

I’m beginning to wonder where this is all going to end. Maybe, I’m going to turn into one of those Irish people who gives God credit for sunshine saying: “Lovely day, thank God, ” to everyone I meet. (Normally this drives me bananas as no one ever says: “Rotten day, blast God,”  or even ” Terrible day, damn the Divil.” )

Anyway, it’s been a smashing day here in Tramore and I’ve felt totally and utterly spoiled.

Walls, and especially fragments of old walls, always draw me in. High up on the cliffs over Annestown Beach this sliver of wall  blends perfectly into its surroundings. It’s like nature is trying to make it its own but the human hand and heart still linger there and will until the last stone is gone.

There are no clues now about the builder or maybe more than one person was involved. Did they have the time or inclination to bask in the scenery of the Copper Coast? How far back was the wall from the now crumbling cliff? How far did the wall stretch? Was it a boundary wall to prevent animals from falling into the deep sea below? I always think of John B. Keane’s, The Field, when I’m there.

Over the years, did people sit on this wall chatting in the summer sunshine. Maybe it was a place were lovers sat, arms entwined, planning their futures. Was it a place where men and women leaned, taking a last glimpse of a place they loved before emigrating to foreign lands?

Sitting over breakfast this morning, my brain went into ‘wordy’ mode ~ all sparked by thoughts of a van I saw the other day with the words You Surf and We Deliver.

Back in 1973, a rather progressive scheme was introduced in our school. Sixth year pupils were paired with teachers to do a bit of work with the ‘kids’ in First Year.  My most vivid memory of all this was being ‘told’ by the teacher to prepare a presentation to give to the youngsters on How the World will be in Fifty Years Time.‘I ended up finding a piece in The Reader’s Digest that pointed to possible developments in relation to technology and gave a lip-wobbling talk about how robots and computers would make the world unrecognisable. The fact that I was a big Dr.Who fan influenced some of my more crazy predictions that day.

Computers in College needed whole rooms to themselves ~ big yokes like industrial fridges and printers that spewed out miles of incomprehensible code that you’d collect a few days after you’d pressed Print or whatever it was called then.

In 1990, I was catapulted out of my comfort zone and asked to lead a course on Social Aspects of Information Technology. Really, I hadn’t moved very far from Dr Who and the readings had elements of fantasy land about them.

This morning, so many familiar and double-edged words came floating by ~ tablets, not the kind you swallow; pins, a million miles away from the dress-maker who fascinated me by the way she could talk with a moutful of pins when she was fixing the hem of my box-pleated grey flannel school uniform; walls, no, not the lovely stone walls of places like Co. Clare or the walls that served as my tennis practice partners for so many years; Yahoo, anything but the galute, eejit, gombeen that my father meant when he’d laugh and say: What kind of a big yahoo have I reared? 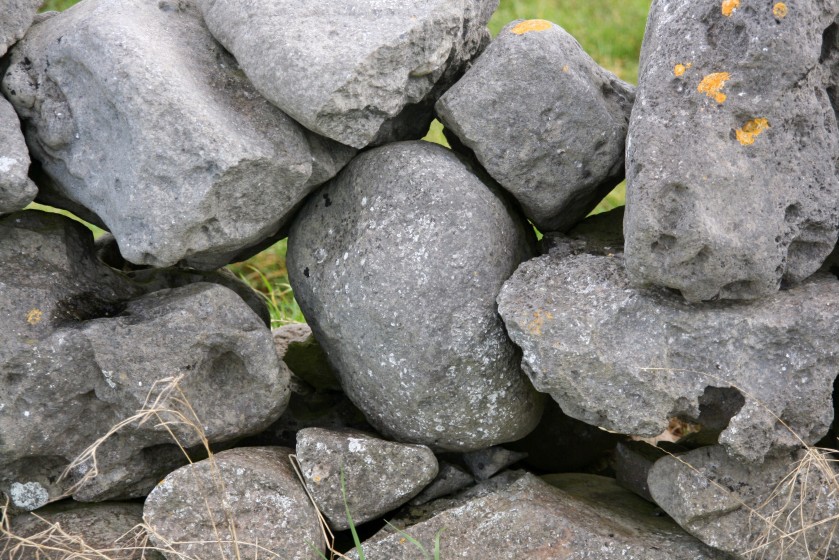 But, nothing, just nothing has surprised me more in 2013 than the fact that hubby moved in the space  of 6 months from being a guy who had huge issues with hole in the wall cash machines to being addicted to his Smart Phone. This is a revolution to beat all revolutions and one that no one, just no one, could ever have predicted.

I wonder will I be needing to share these words, that make me chuckle,  with him sooner rather than later?

No one ever said on their deathbed, ‘Gee, I wish I had spent more time alone with my computer’. (Danielle Berry)