I went for my weekly stroll in Mount Congreve Gardens here in Co. Waterford yesterday and was totally exhilarated by it all. Take a look if you want to glimpse heaven! 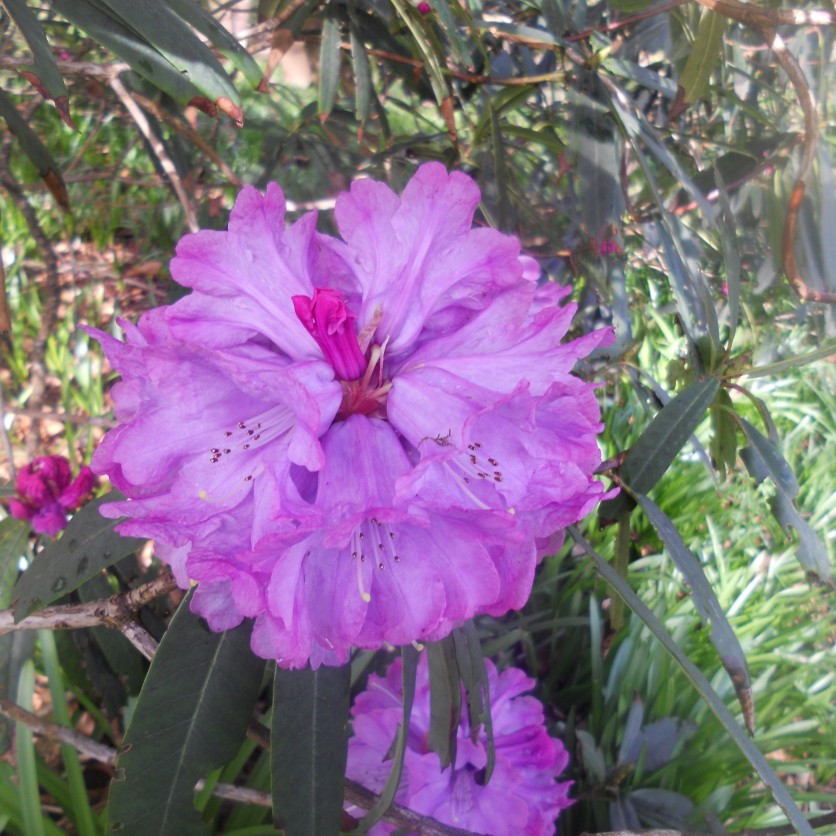 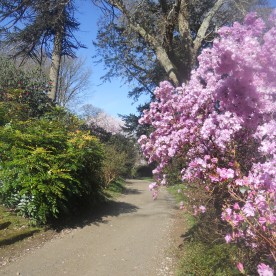 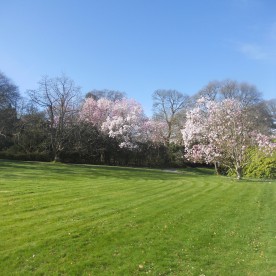 Certain places are like ante-rooms in our lives; places where we wait in a heightened sense of awareness for something that seems very significant. Because the adrenalin is pumping, it seems that we remember such places with a vividness and often almost reverence.

Howth Castle in Co. Dublin, is one such place for me. It was the place that a beloved friend brought me as I awaited the results of my finals in College; results which I saw as being extremely important in terms of dictating the whole future direction of my career. I know I had been to Howth Castle before that – always in May or June – to see the rhododendrons. However, until last saturday, I hadn’t been back since that day of days in early Summer 1979 – thirty-three years ago!

I wanted to go back and see the Castle woodland in bloom. I felt like I had never re-paid its kindness to me on that day when I was so nervous waiting for the results to be posted up in Trinity College about eight miles away. The vividness of the colours have been etched in my memory ever since. It was a scorching hot day and the woods had provided shade but also there was a gentle breeze coming in from the sea at Howth. It was the ultimate sanctuary.

On Saturday, I was alone when I re-visited. Little had I thought in 1979 that the energetic friend who was with me that day would be swept away by cancer less than two years later. The mere thought of such a thing would have put my anxiety about my exam results into much needed perspective!

Howth Castle has a very long history going back to medieval times . Sir Edwin Lutyens, renowned architect, is said to have been responsible for extensive renovations to the Castle in 1911. The there is a wealth of myth and legend associated with the Castle and one of the most intriguing surrounds a dolmen in the grounds which has gone down in folklore as having been erected for heartbroken Aideen, the wife of Oscar, one of the legendary Fianna.  http://www.howthcastle.ie/

Howth Castle and Gardens were as tranquil and beautiful on Saturday as I had remembered them. It was quite late in the day when I got there so there were few people around. It all seemed so timeless, and the colours and scents that I recalled were there to embrace me. Wild garlic and bluebells carpetted the woodland paths and the rhododendrons were coming into bloom – not quite full bloom – but they had that wonderful sense of anticipation about them. Deep into the woods, it was just me, birdsong and the gentlest swaying of the sea breeze through the fresh young leaves.

I have been wondering since Saturday about places which have this kind of ante-room significance for you, my readers. Are they historic castles, woodlands, sitting-rooms, hotels, bars, cafes …..? Do they still exist in reality or just in memories? Or do you know?