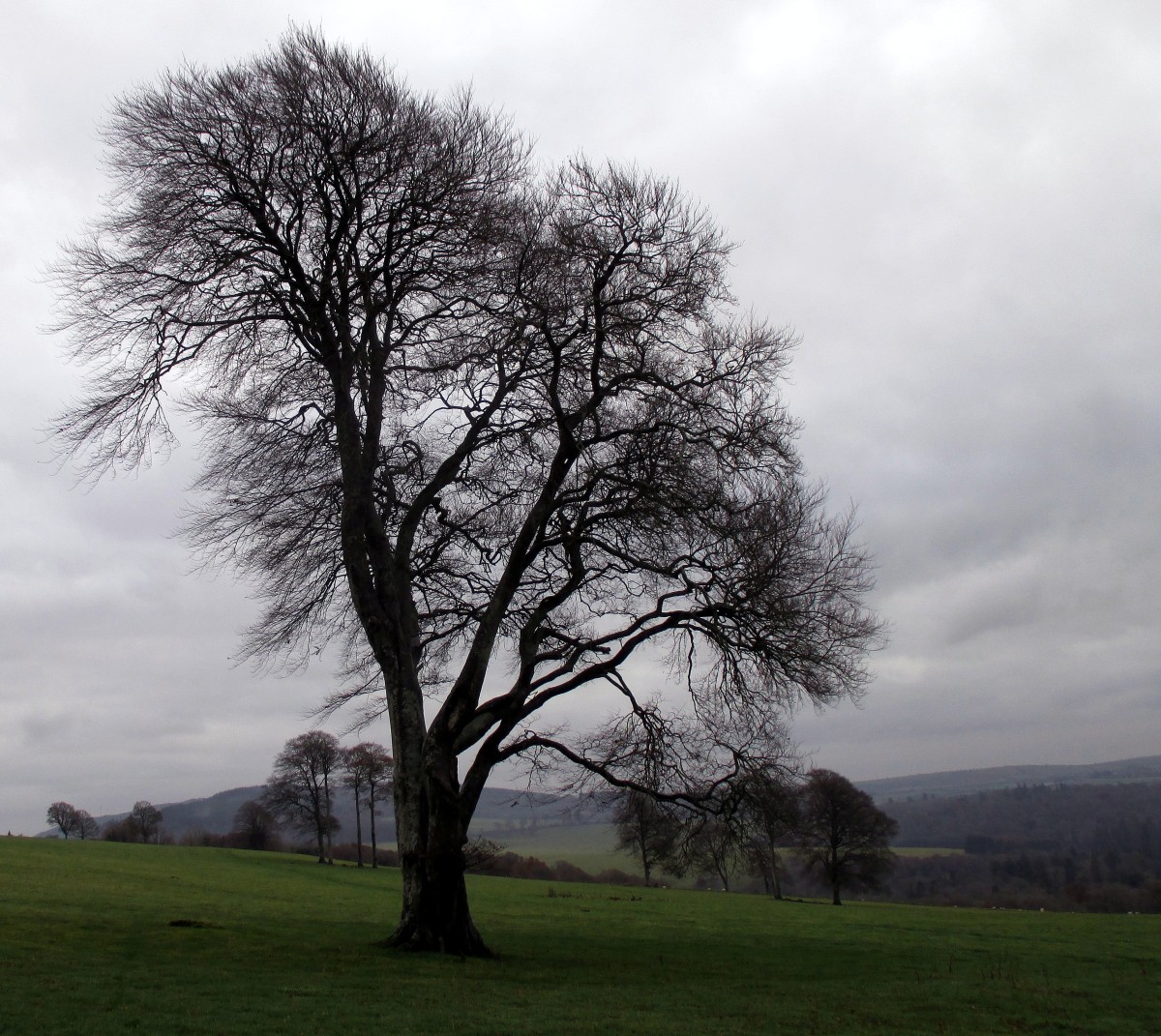 I think I’ve mentioned before that I have quite a tendency to think in poetry ~something that I inherited from my mother.

Every time I see an eye-catching tree, I immediately go this poem by Joyce Kilmer, in spite of the religious connotations.

I think that I shall never see
A poem lovely as a tree.

A tree whose hungry mouth is prest
Against the earth’s sweet flowing breast;

A tree that looks at God all day,
And lifts her leafy arms to pray;

A tree that may in summer wear
A nest of robins in her hair;

Upon whose bosom snow has lain;
Who intimately lives with rain.

Poems are made by fools like me,
But only God can make a tree.

I saw that December 6th was Joyce Kilmer’s birthday and decided that after a lifetime of ‘being’ with this poem, the least I could do was to find out about the person behind the poem.
What emerged was quite a revelation to me. I had always assumed that Joyce Kilmer was a woman but it turns out that he was a man ~ Alfred Joyce Kilmer. He was born on December 6th, 1886 in New Jersey and his father, Frederick Kilmer, a physician and analytical chemist was the inventor of Johnson’s Baby Powder which has been part of so many lives, including mine and my son’s.
As well as being a poet, Alfred Joyce Kilmer was a journalist, editor and lecturer. He married Aline Murray (an Irish sounding name!) at the age of  22 in 1909 and they went on to have five children.
The poem Trees was written in February 1913 in the Kilmer Family home in New Jersey:
Kilmer enlisted in the US Army in April 1917, just a few days after America entered World War 1. Shortly before his deployment to Europe, his second child, Rose, died and just twelve days later Aline gave birth to their fifth child.
Kilmer was killed, aged just 31, at the Second Battle of the Marne in France on July 30th, 1918. He was buried in Picardy in France and a cenotaph was erected in his memory in New Jersey.
They say that poems should not need context to be read, but I’ve got to say that delving into Joyce Kilmer’s life will deepen my appreciation of his poem, Trees,  every time it flashes into my mind from here on.